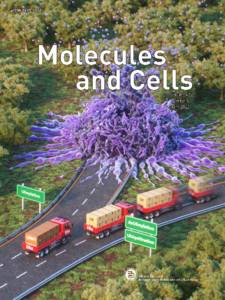 ERα is modified by UFM1 and this modification (ufmylation) plays a crucial role in promoting the stability of ERα and breast cancer development. However, when ERα is deufmylated and then ubiquitinated, it disappears by proteasome-mediated degradation (Yoo et al., pp. 425-434).
Current Issue Archives