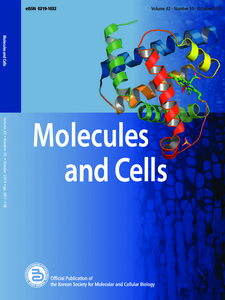 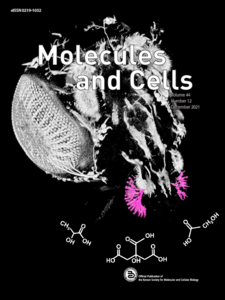 (A) The binding affinity between PB1RA and PB1DADR was measured by ITC. (B) The overall crystal structure of the PB1 domain has four chains as two dimers in the asymmetric unit. These two dimers are superposed. (C) The mutated residues are presented as stick and these mutations were located on surface of PB1 homo-dimer. (D) The basic and acidic surfaces of C and D chains are presented by vacuum electrostatics models. The mutated surfaces have less color than the wild type.|@|~(^,^)~|@|(A) The basic surfaces of the p62 PB1 domains from the PB1 homo-dimer and the PB1 hetero-dimer of p62 and PKCζ are superposed. (B) The acidic surfaces (OPCA motif) of p62 PB1 and PKCζ PB1 are superposed. The red circles indicate the differing residues between PB1 domains of p62 and PKCζ. (C) The sequence alignment shows that the interface residues on the OPCA motifs are well conserved. The red letters are differing residues between the PB1 domains of p62 and PKCζ.|@|~(^,^)~|@|(A) The A chain of the PB1 homo-dimer from the crystal structure is superposed with the A chain of the PB1 homo-dimer determined by the PCS-based NMR method. The distance between A and B chains of the NMR structure is longer than that of the crystal structure. (B) The C chain of the PB1 homo-dimer is superposed with the NMR structure.|@|~(^,^)~|@|(A) The oligomer models were constructed by superposing several dimers and leaving only one kind of chains. (B) Three oligomer models are presented. (C) The oligomer models are fit to the EM map and compared.|@|~(^,^)~|@|(A) The cylindrical helix is unfolded and becomes a sloped line on the two-dimensional plane (red line). The identical points (A to K) exist at equal intervals on the sloped line of the helix. (B) The graph of distances from the start point A to the other points, B to K is plotted as a wave curve (black line) and is always above the sloped line (red line). The p of the contact point (k, p) between two lines is equal to one lead length. (C) To simplify a formula, a cubic function of the trend line can be obtained within the range from I to M (yellow line). The process of deriving the formulae is detailed on the right. (D) The cylinder of a helix and segments of disks with height ‘h’ when the cylinder is cut vertically to the axis at point B and C. (E) The sector shaped post is simplified as a trigonal prism. The process of deriving the formulae to calculate the radius (r) is detailed on the right.|@|~(^,^)~|@|Distances and angles between identical points are measured using PyMol and are plotted as a wave curve. The function of a trend line is derived and our formulae are applied to calculate k, p, h, and r.
Mol. Cells 2019;42:729~738 https://doi.org/10.14348/molcells.2019.0096
© Mol. Cells
© The Korean Society for Molecular and Cellular Biology. Powered by INFOrang Co., Ltd